Picking up elder porter, gloomy night to the hospital, adventures of the sleeping Murdock, waiting for our dinner appointment to get home, and squad going to the bishops storehouse in the millennium falcon(gray mission van) 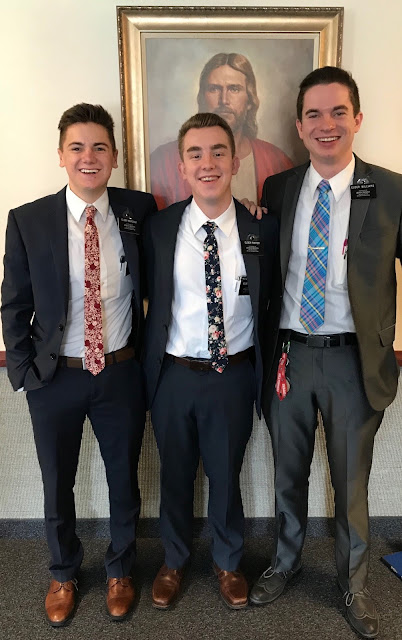 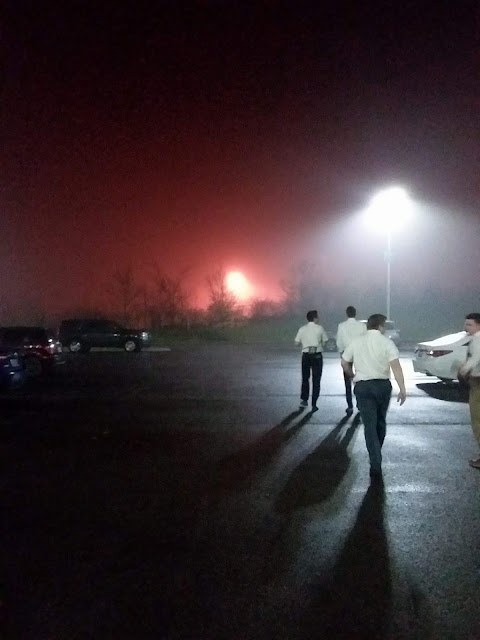 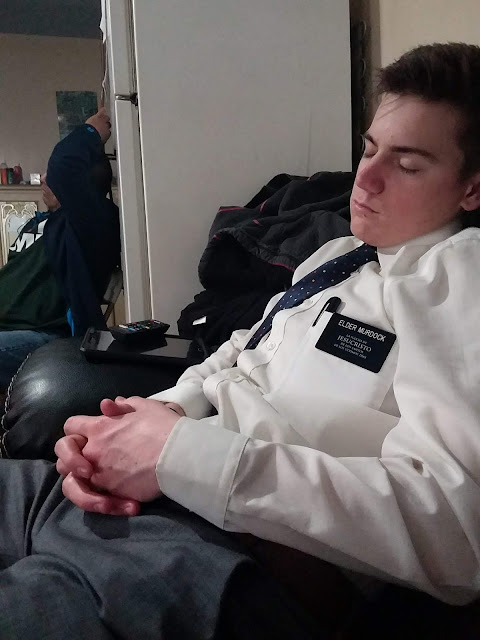 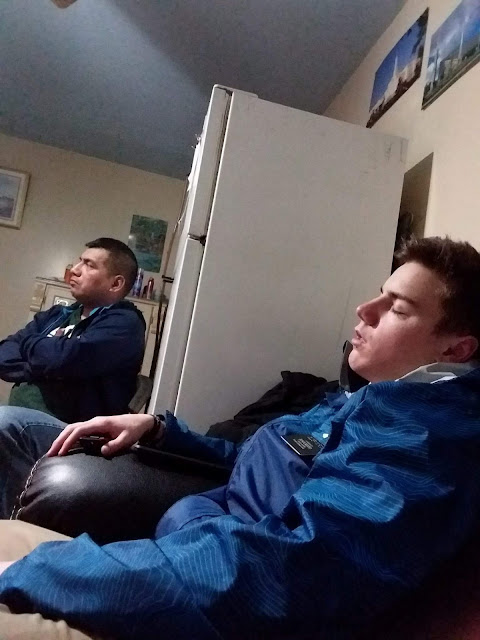 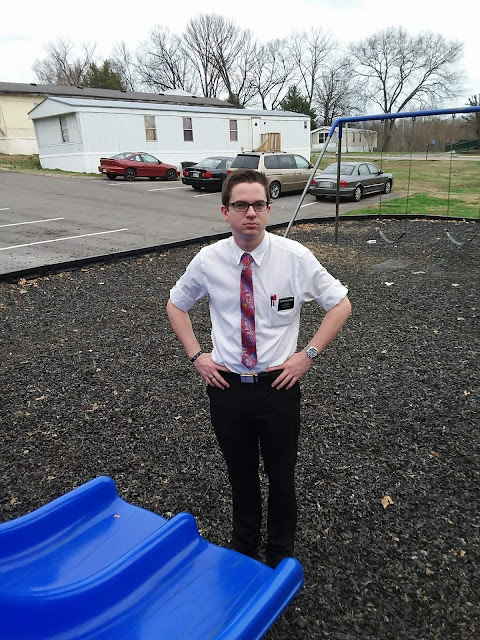 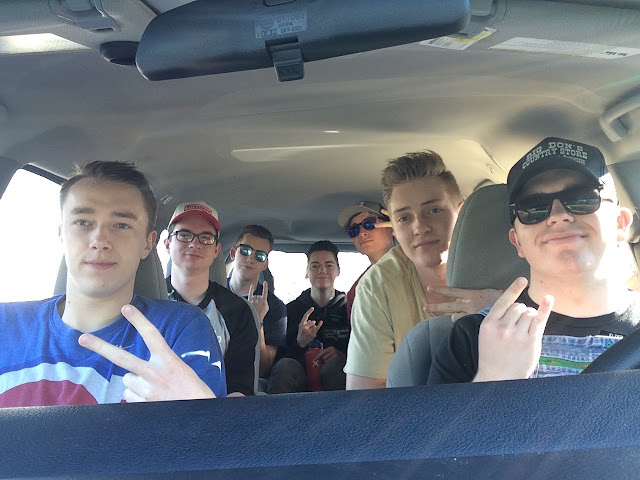 Posted by Rob Williams at 12:54 PM No comments:


So last night we had a really cool “hand of the lord” moment. We were out trying to get in contact with a recent convert, Eduardo, who we haven’t seen at church for a couple weeks. So we were trying the gate code, but it wasn’t working. So we got in a different way, got to their door and realized that they may have moved. So we called our branch president and he didn’t answer, so we were pulling up the number of Eduardo and right as we were about to call him he texted and said “hey elders, how are you doing? Our new address is ____ and you can come over tomorrow if you would like” it was the coolest thing ever, because there’s no way they could have known we were trying to find them right then, but the lord had our back. So thats the most prominent “hand of the lord” from this week.

Elder porters first week has been going good here. He is from Mesa, Arizona and he fits right in with us. We’ve had a really busy schedule, so he’s hit the ground running. It’s a little difficult to set up situations for him to teach, because Elder Murdock and I are so used to teaching with each other. But we are getting better at it. And his Spanish is starting to improve. But he’s really been a great addition to the crew. He is always so excited to get working and loves all the experiences. 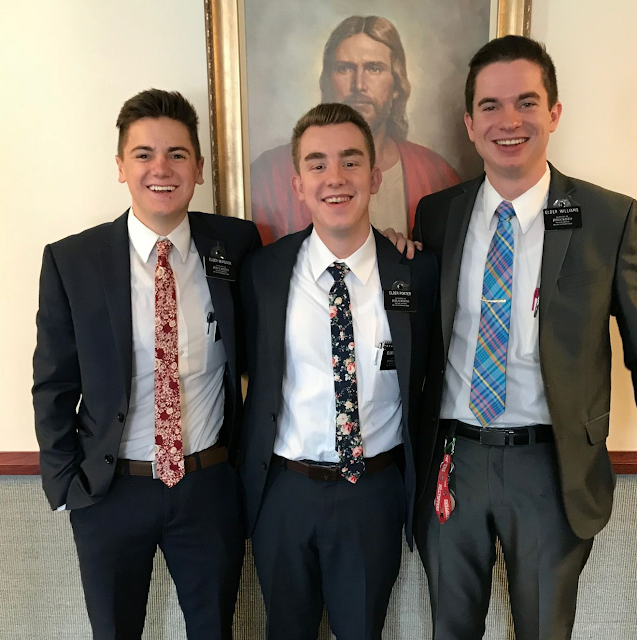 Posted by Rob Williams at 5:52 PM No comments:


Not too much to report on this week. I was pretty much in bed till Monday. I was losing my mind of boredom, haha. This week at church, Javier and misael both come and stayed for 2 hours. And a part member family with 4 kids that aren’t members came to church this week. So we had 6 non members in sacrament. I should get sick more often. And we got a few referrals from a returning less active, so we are pretty set up for this transfer. I’m really excited, we will be meeting and picking up Elder porter tomorrow morning. Here comes the adventure. 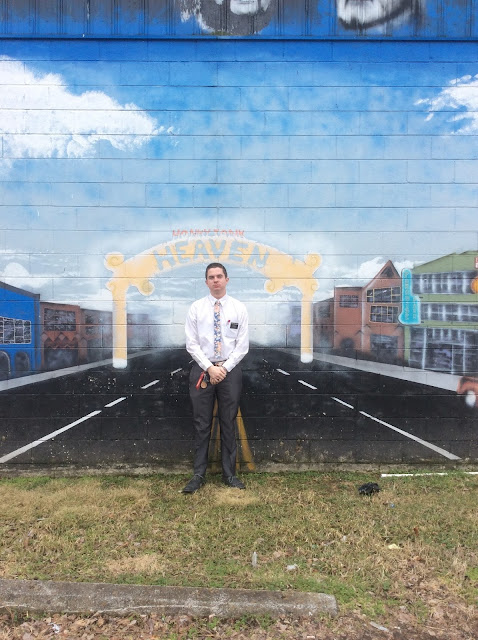 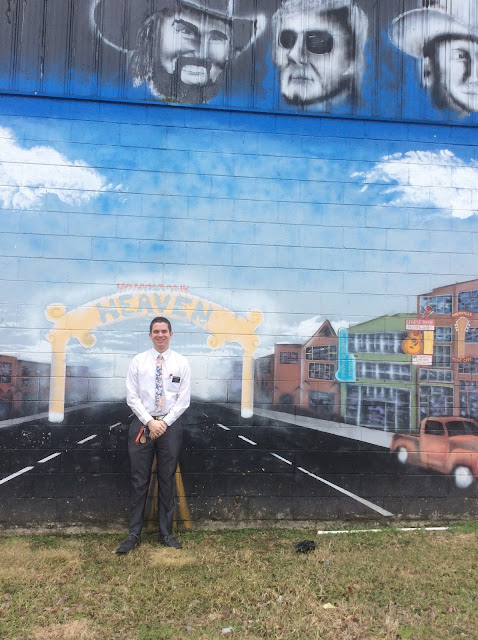 Posted by Rob Williams at 8:04 PM No comments:


I know this one looks like it’s a really long letter, but I promise it’s worth it. Because I never write long ones.


Well this week has been an adventure. To start off, we had interviews with our president and it was kinda weird because it was over video chat. But not too bad. During my interview he told me he was thinking about having Elder Murdock and I train next transfer, but that he was going to think about it. Then Elder Murdock had his interview, came out of his after 2 minutes and said “We’re going to train!” So he and I will be staying together a 3rd transfer and will be trio training.


Second thing, last Thursday we had zone conference and it was probably the most spiritual one I’ve been to yet. Just every scripture that was shared really hit me hard, we talked a ton about the power of just one scripture from the Book of Mormon. During this meeting we found out that next transfer our mission will be transitioning from tablets to smartphones. So from now on, new missionaries will have smartphones, but I get to keep my iPad and use a loaner smartphone. Side note, during interviews, President also asked if I could be the technical ap for the mission. Basically if anyone has issues or questions about the smartphones, they will call me. So thanks dad for making me tech savvy.


Then on Monday, we got a referral from the buena vista sisters that actually seemed really promising, because he responded back to us when we contacted him and gave us an address to come to. That never happens. So we drove up to Millersville, which is a pretty small town that I don’t really think many spanish live in. And the address takes us to this huge 400 trailer, trailer park. And it’s almost 100% hispanics. So we are definitely going to go whack some bush next Thursday there for the newbies first day:)


And last but not least! I’m now a couple ounces lighter! So Tuesday we always do service at the bishops storehouse here, and then we usually go straight from there to Javier’s with a member who also helps at the storehouse. So that’s the set up for this story. About 2 pm, still while we are at the storehouse, I start getting pain in my right side stomach. And so I just assumed it was hunger like usual because we work really hard at the storehouse. So I keep working, an hour or so later we drive home and get ready to head over to Javier’s at 4. We meet the member there and have a great lesson with him. We sang a hymn and taught him how to listen to Motab and such. Ended up being an hour and a half lesson. And this point I’ve got much more pain in my side. So we all go out to eat at this really nice Japanese restaurant, it’s way good and I ate a bunch. Thought that would help the side ache. Then the second I sat down in the car the pain was the worst it had been. So we tried some things to lesson the pain and I just tried to sleep it off. Wasn’t the best nights sleep, but I made it till 630 then called the mission nurse because I had my suspicions at that point. She tells me to go to the er and get checked for appendicitis. And it was! So I got to have surgery and stay at the hospital overnight. Which is why this is coming out so late. But one plus is I got to talk to my parents a few times. Now I’m laying in my own bed, and get to lay here for a couple days. Yay!


🇺🇸Elder Williams🇲🇽
Posted by Rob Williams at 3:28 PM No comments: