This week has been great. I’ll start off with Javier and his progress. We taught him the word of wisdom this past Thursday and it went rather well. He asked at the end of the lesson that the next time we came over, if we could bring more info on their commandment and maybe some of the stories about it. So we taught him about Daniel and king nebakenezur. About how he kept the covenant of the Jews and how he was blessed with the gift of knowledge and dream interpreting. It really connected well with him, and he committed to living it, and asked for help to stop drinking. He’s really so awesome and i love him so much. He told us that his friend wants to start learning as well, and that tomorrow he will be in the lesson with us.we also helped him skype his son yesterday, so that helped build some more trust.


Not much else happened this week. Just a lot of service and food. I love the holidays haha. 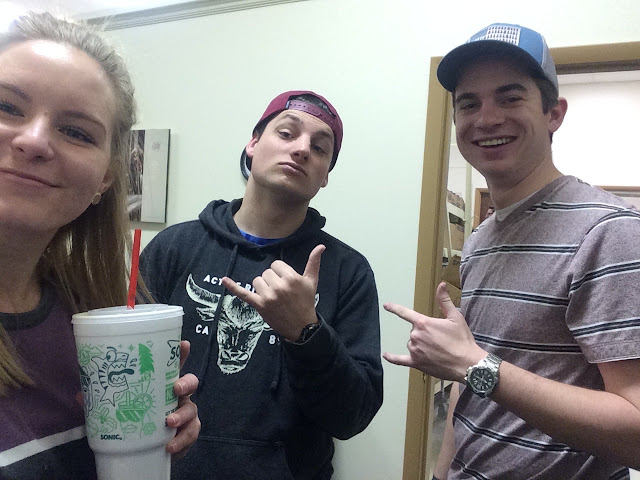 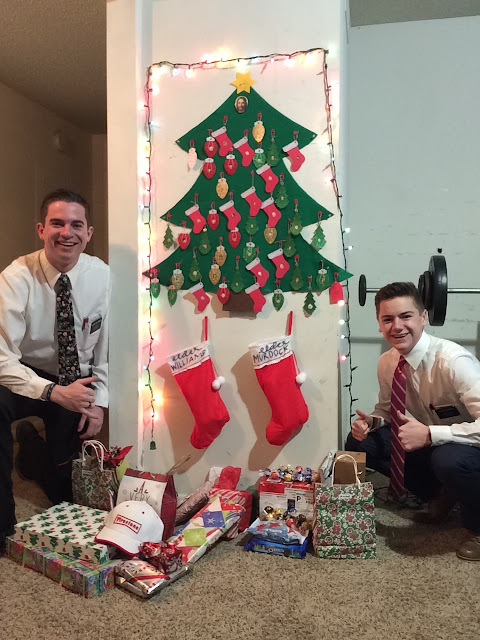 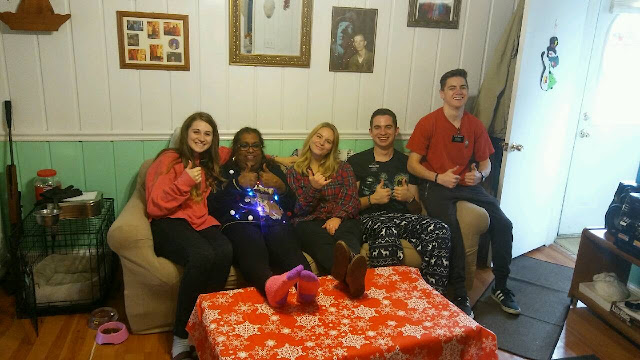 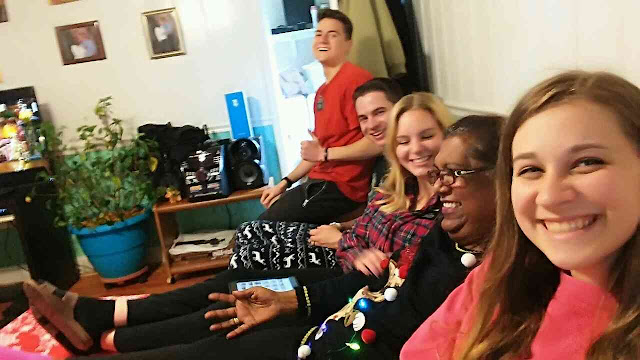 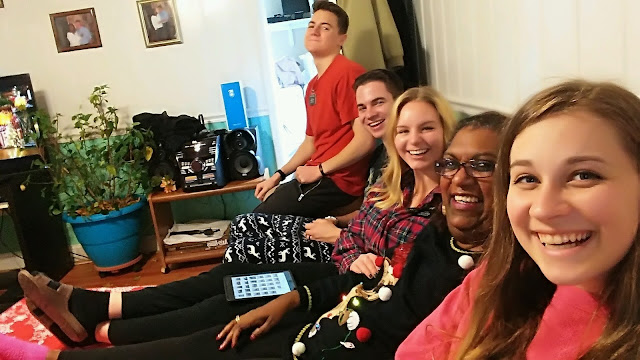 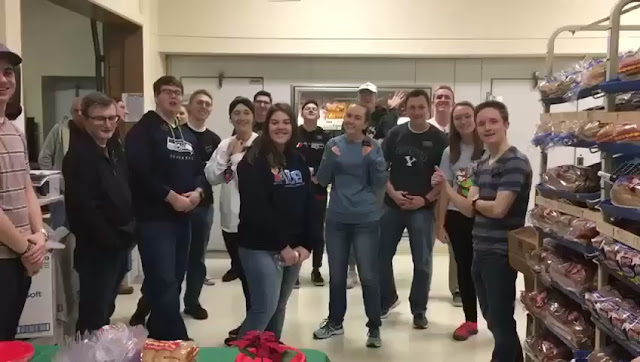 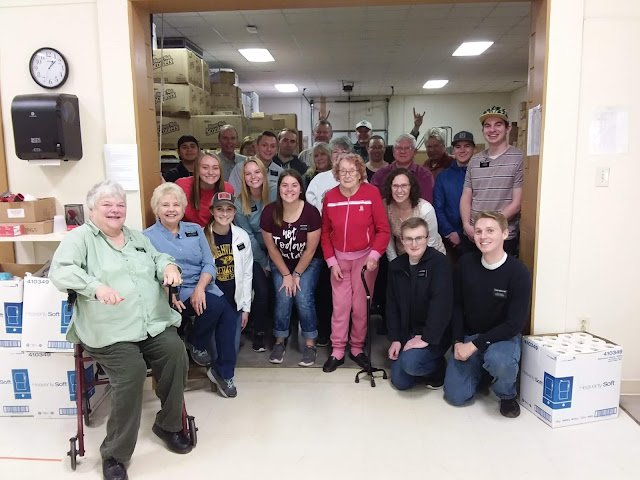 Posted by Rob Williams at 1:41 PM No comments:

SPOILER:  There is a Recording of Elder Williams singing Oh Holy night in Spanish from yesterday.


This week has been super awesome! So to start off, Javier is progressing so much still! Ever since his son left for his mission, he really noticed the difference in how he feels when we are teaching him and when he’s alone. We taught him about recognizing the spirit and he told us all the times he’s felt it since we’ve been teaching him. We then set a baptismal date with him for the 13th of January! And then right after, without us asking, he asked if we could come over more often so he could learn more. That was super cool. He came to church and brought a friend with him. That was super cool, he lives with Javier so we are going to try to teach him as well.

Other than that we had our branch Christmas party and it was a great opportunity for me to get to know some of the members, I know like less than half of them. Especially a lot of the less active/inactive members that came. Javier wasn’t able to come, but it was still a success. We helped a bit with the set up, and I got to help set up the du equipment, hence a few of the videos I sent. :)

I also sang oh holy night in sacrament yesterday, this one was in Spanish. Next week they want me to sing for the combined 3 ward sacrament. That one will be in English. I’m excited.

Also sorry for not telling y’all that pday would be Monday this week! We have zone conference on Wednesday so it got switched for today. 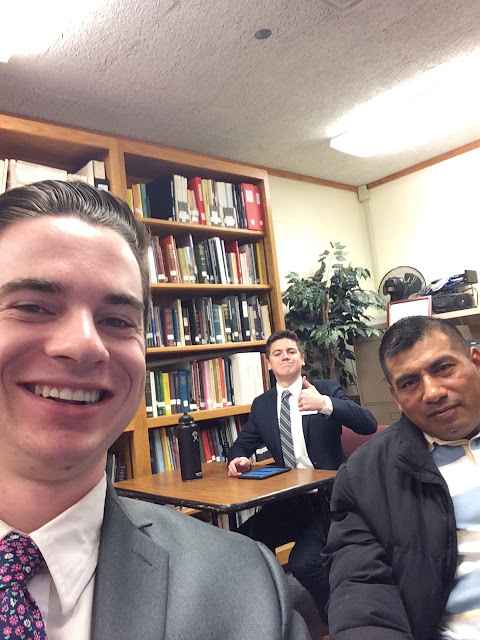 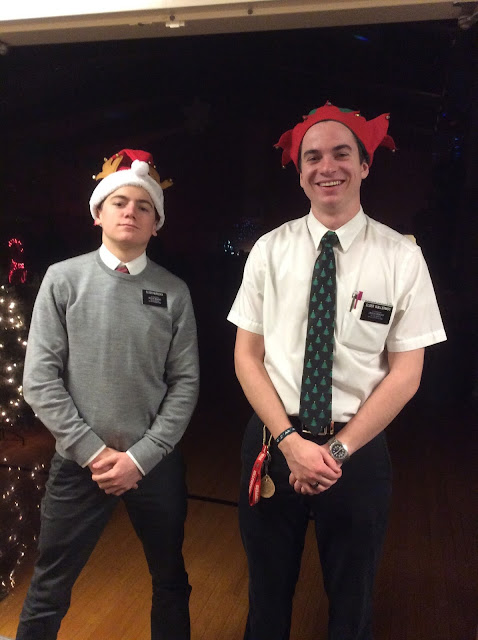 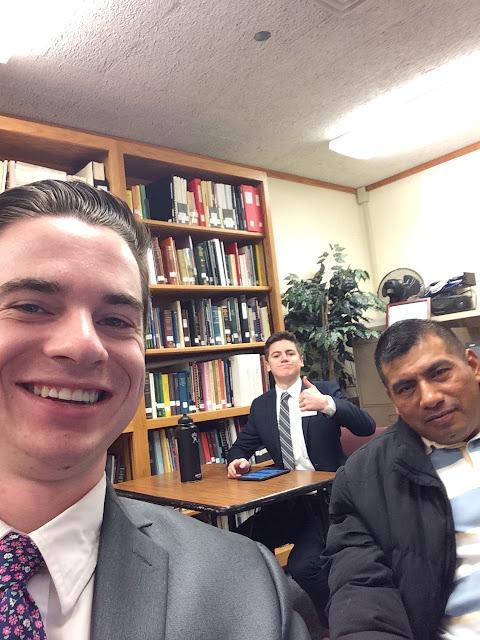 Posted by Rob Williams at 9:00 AM No comments:

This week has been great. We had the baptism of Eduardo right before church and then he got confirmed and our branch president blessed their 3 month old baby. Then after church our branch mission leader, Miguel, got set apart as a missionary. So it was a super awesome Sunday. And Miguel’s dad, Javier, was able to be at all of the events. I think it’s really helping us. We had a great lesson with Javier this week. We taught him the plan of salvation by drawing it on our iPad. He really understood and at the end of the lesson, he said “no wait, what else, I want to learn more.” He’s progressing a lot.

We are also trying to start doing a family mission plan with each member in the branch to start building them up and using them as a source of finding. Hopefully this week we can really kick it into gear. 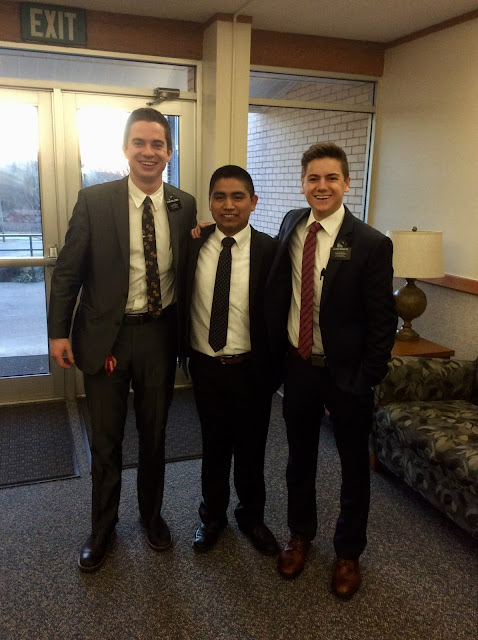 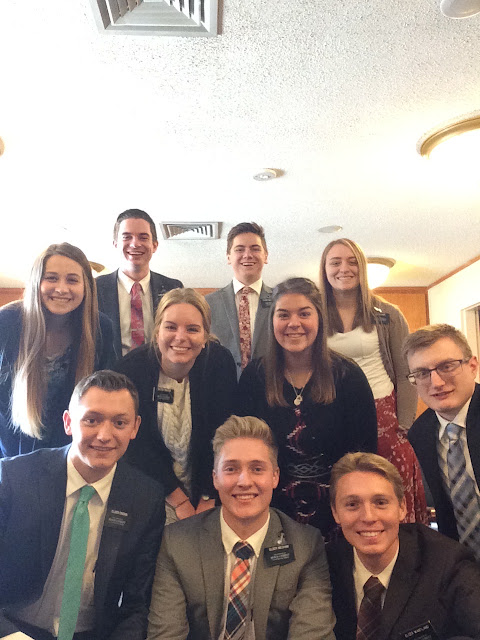 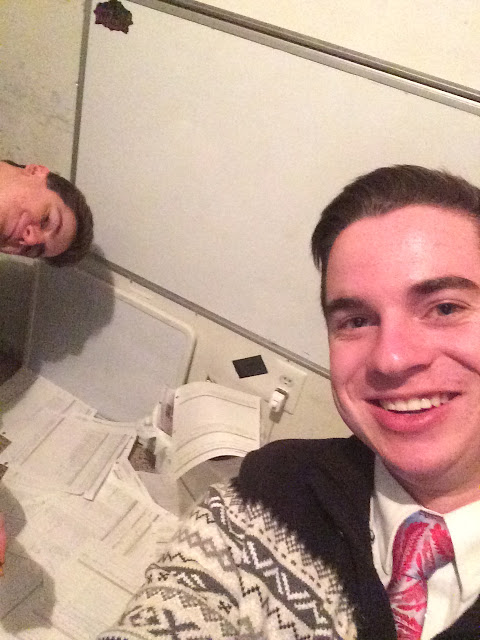 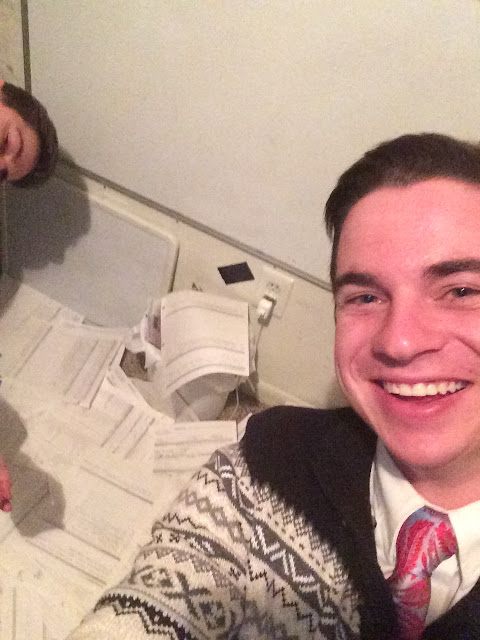 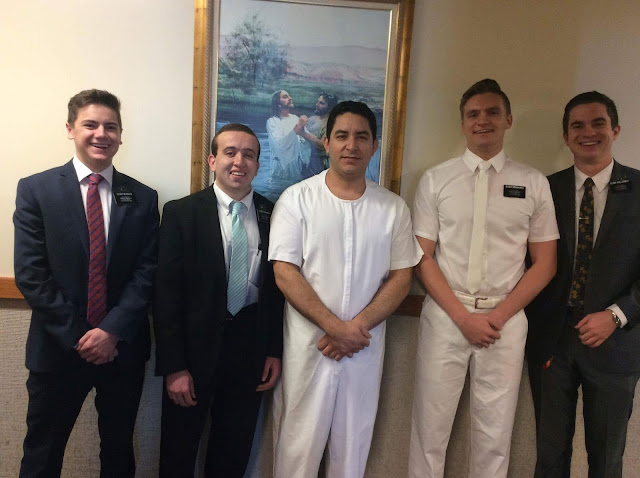 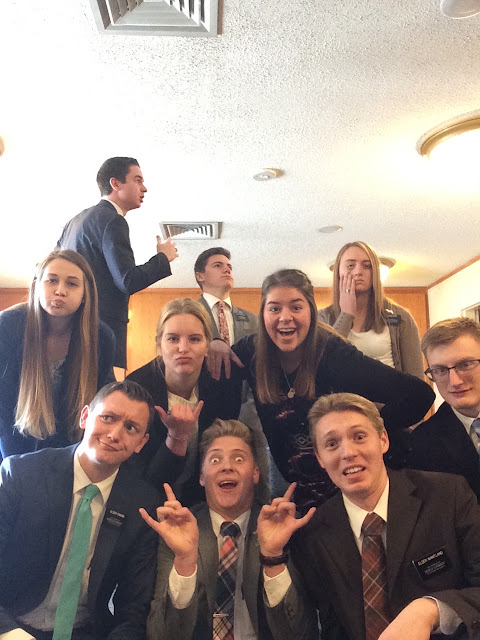 Posted by Rob Williams at 2:43 PM No comments:


This week has been super awesome. We found a ton of new investigators and we were cutting through our “potential” investigators that have been potentials for 500+ days.


But the main thing that happened this week was going on exchanges with the traveling assistants. We found a lot of new investigators through this, and they are all really cool. I learned that i need to be better at teaching right when I find people, and try to get in right then to teach then. It’s how we found and taught all of our new investigators. But overall a great exchange.


Also, Eduardo passed his baptismal interview, so he’s all ready to get baptized Sunday at 12 and then to get confirmed during church. And Javier, the dad of our ward missionary leader, came to stake conference this week. It was his first time at church, so that was cool.


Anyways, I love the new area and the companion. And it’s Christmas season, so that’s a plus as well:)


Have a great week 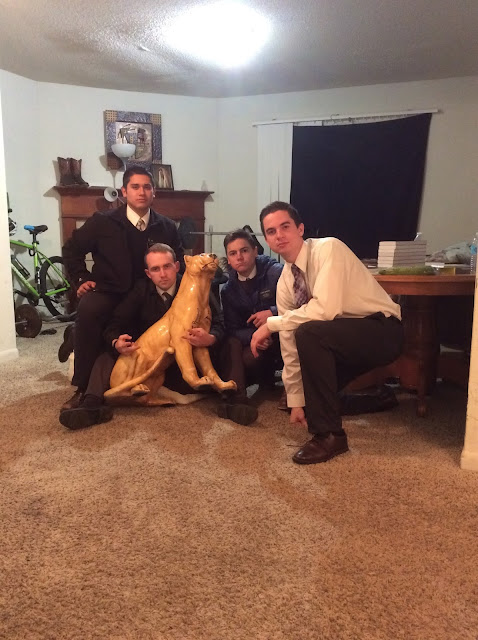 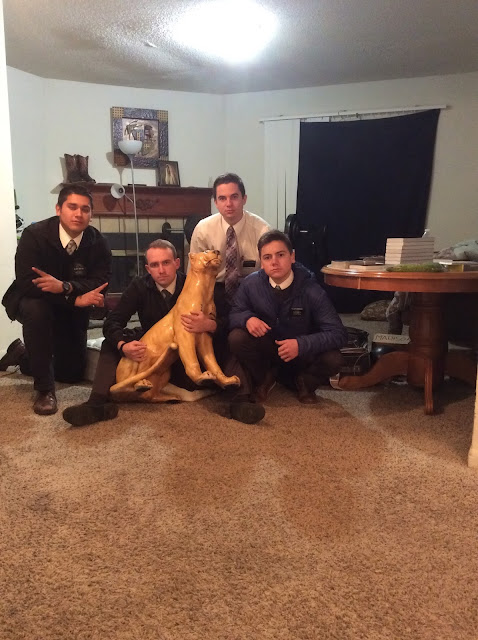 Posted by Rob Williams at 9:51 AM No comments: