This week has just flown by! The most important thing that happened was that we were able to go to the temple with a member, hermana villaverde, and her daughter to do baptisms. It was the Hermana’s first time, so it was really cool. All of us did my family names and so we got 24 baptisms and confirmations done. I’ve still got a ton more to do, but looks like it will have to wait till I’m back:) It was definitely weird getting in water again, especially because we had to wait for someone to be a witness. So Elder Bringhurst and I just chilled in the water for like 10 minutes while we waited. We enjoyed it while we could, haha


Other than that, we also went on exchanges with the English elders and I got to do English work for a day. But the one people that opened their doors and listened ended up being 2 hispanics, haha. So we got new investigators in an area we definitely wouldn’t have ever gone to. It was pretty cool.


That’s about it for the week! 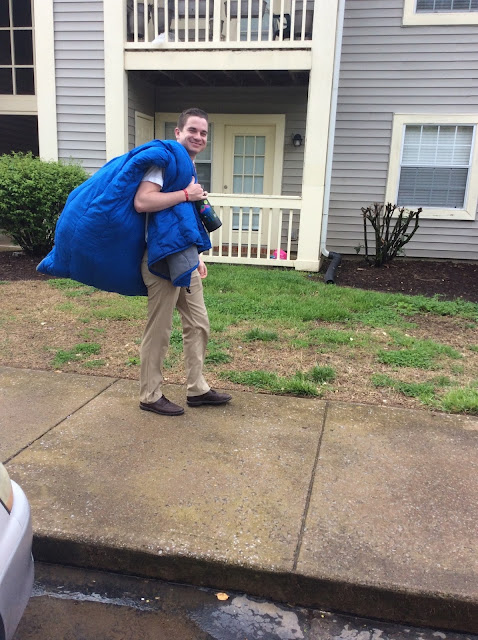 Posted by Rob Williams at 10:48 AM No comments:

No Letter.  But Chaz did run into a Relative of his Grandma - Kent Haslam and his Son Jared 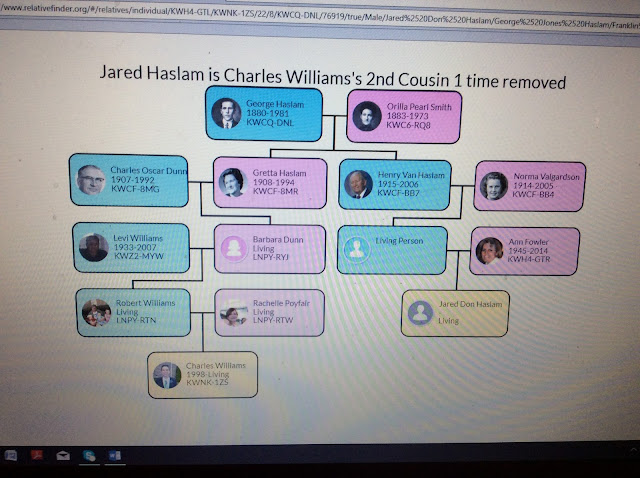 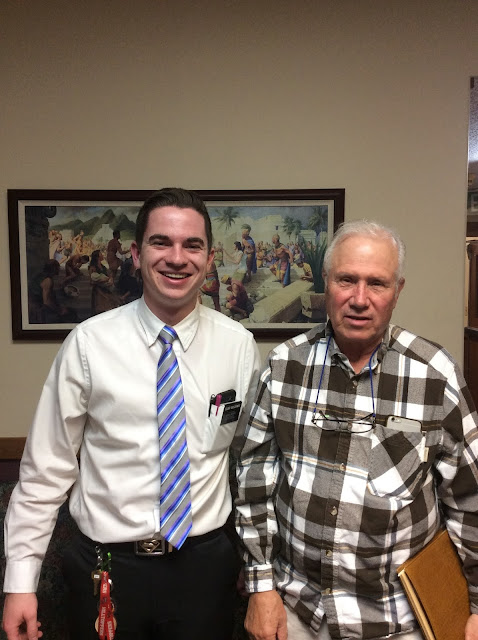 Posted by Rob Williams at 10:48 AM No comments:


This week went by really fast. Mostly because we had a few things this week to do that we normally dont have. The first one was moving in an investigator's (Joe) wife (Leslie) from Utah. She is a member and so it will be good for him now that she's here. It was basically just elder Bringhurst and I moving in the largest uhaul. It was a blast, haha. But then a few days later he showed us his car collection and I was in heaven. He had about 12 classic cars, my favorite was the 69 super sport camaro.


The other thing we had to do was a choir practice Saturday and a musical fireside Sunday. It was so good! It was called "I believe in Christ" and there was a bunch of recent converts who gave their testimonies. And then a ton of musical numbers. David Archuleta sang a few solos and it was super good, like usual. Joe was able to come and he really liked it. He's basically already a member, he explained the ministering better than all the other members in church. He was also quoting general conference from memory. He's a really cool guy.


We found out that Jim ended up heading back to Virginia for awhile to finalize a divorce. So he's not on date right now, but he'll be back at the end of the month. But he saw conference at a members house and is reading in the Book of Mormon. So he's doing good still.


We didn't get to meet with Adrian very much this week, but he's still coming to church and planning on being baptized next Saturday. He just works a ton so it's impossible to find him at home.


Then we saw lariza a bunch during the week. We will have to push back her date a week, because she didn't make it to church. But we met for awhile with her last night, with a member, and now she has a huge desire to come. She is even going to start taking her daughter to mutual! But she is really passing through a hard time, so keep her in your prayers.


That's all our progressing investigators, we're working with a ton others, but nothing is really happening so far.


Hope yall have a great week! Love ya 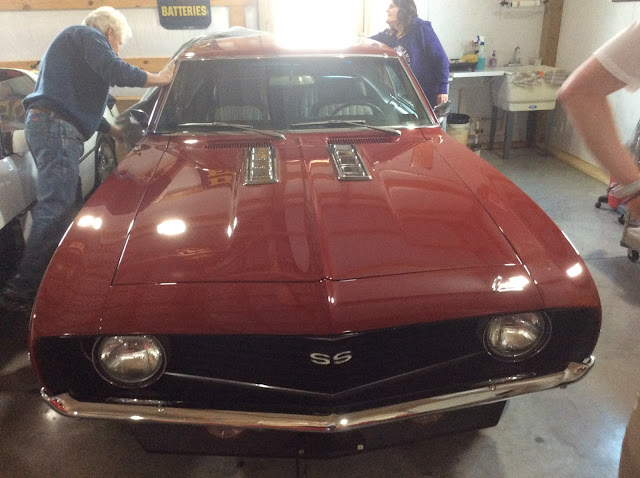 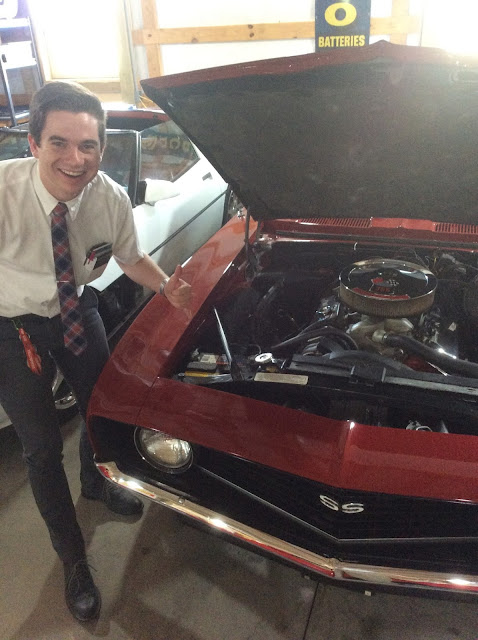 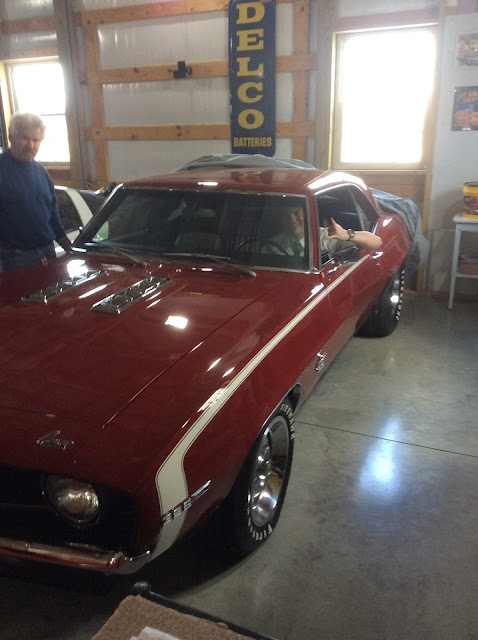 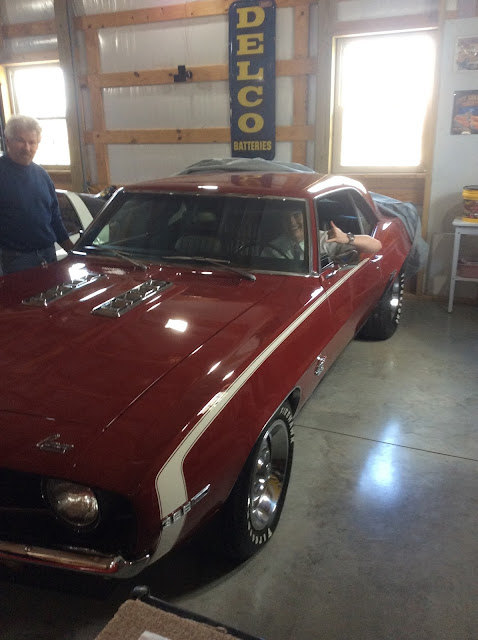 Posted by Rob Williams at 1:23 PM No comments:


This week has been good. We’ve been working really hard with the investigators that are on date right now. They are all really progressing well, and should be ready for their baptisms here in the next week or so. Our president called the whole mission last night in one big conference call, and told us how he has a goal for every companionship to baptize in the month of May. And We are definitely going to need to find like crazy though if we are going have anyone to baptize in may. I think our best option will be franklin, TN, because the spanish there haven’t been touched for a solid year and a half. We’ve picked up some really solid former investigators from there that show a lot of promise. But With all the moving and conference and just being busy in columbia, we haven’t had the chance to go up to franklin that much, but we are going to start spending more time there starting tomorrow.


I felt like conference was especially awesome this time around, i cant wait for it to be on gospel library so i can read them. My favorite quote was “Are we active in the gospel, or are we just busy in the church?” I cant remember who it was that said it, but it really made me think. It relates to the Mormon message ‘the music of the gospel’ that until we are doing the actions of the gospel with our heart, then we are just busy. But we are active and converted when our heart is in it.


Love yall, have a great week!


🇺🇸Elder Williams🇲🇽
Posted by Rob Williams at 1:23 PM No comments: