Well this week was another crazy week! We went on exchanges with the zone leaders and that was super awesome. We had the best lesson I’ve ever been in. The guy established our purpose for us and he was just super awesome. He has such a sincere desire to know if it’s true, he’s just making sure that the feelings aren’t from memories of reading it with his ex-girlfriend and that they are really from god. But the member present was just perfect and the spirit was super strong. We also had a few good experiences with street contacting while we walked to tract. I learned a few really good things during that exchange.


Wednesday night we had the ward fall festival and it was great, there were a lot of non-members there. Sadly none of our investigators were able to come. But we were able to visit with a lot of less actives, so I thought it was a successful night.


Nothing else really happened this week, it got super cold and rainy so it was a slow moving week, but we made it!


🇺🇸Elder Williams🇲🇽
Posted by Rob Williams at 6:40 PM No comments:


Well this week was an adventure! Definitely made some good memories to tell after the mission.  But we did have some good success this week. While I was on exchanges with the elders in the other ward, Elder Hamilton set a baptismal date for Amy and Edgar Sanchez for the 11th of November. They weren’t able to make it to church this week so we are going to have to see why and resolve some concerns. And also push their date back a week. But I’m glad they had some success during that time. Because Elder persons and I knocked 100 doors the whole day and not a soul answered. It was still fun though.


Christian was able to make it to church for the first time since he’s been baptized. And he was super happy. Also one of the members bought him a suit coat so he was on top of the world.


During my studies this week I read a talk called “one lord, one faith, one baptism” and it was so good. I read this paragraph and it just really rang true to me. And the best part is it’s from another person of a different faith. So I hope y’all enjoy it. :)


“ “Many years ago a learned man, a member of the Roman Catholic Church, came to Utah and spoke from the stand of the Salt Lake Tabernacle. I became well acquainted with him, and we conversed freely and frankly. A great scholar, with perhaps a dozen languages at his tongue’s end, he seemed to know all about theology, law, literature, science and philosophy. One day he said to me: ‘You Mormons are all ignoramuses. You don’t even know the strength of your own position. It is so strong that there is only one other tenable in the whole Christian world, and that is the position of the Catholic Church. The issue is between Catholicism and Mormonism. If we are right, you are wrong; if you are right, we are wrong; and that’s all there is to it. The Protestants haven’t a leg to stand on. For if we are wrong, they are wrong with us, since they were a part of us and went out from us; while if we are right, they are apostates whom we cut off long ago. If we have the apostolic succession from St. Peter, as we claim, there is no need of Joseph Smith and Mormonism; but if we have not that succession, then such a man as Joseph Smith was necessary, and Mormonism’s attitude is the only consistent one. It is either the perpetuation of the gospel from ancient times, or the restoration of the gospel in latter days.’”


Now if the members of these 697 different churches could realize the consistency of that statement, they would want to know by what authority their ministers are performing the ordinances in their churches, because if the statement of this prelate is true, they either must be Catholics or Mormons. Then I always add that the Catholics and the Bible can’t both be right because the Bible definitely proclaims an apostasy from the original church and a restoration in the latter days.”


Let me know if you think that would be too much to share with all the Catholics we are  teaching. I’m leaning towards the yes it’s too much. Haha


Love y’all and have a great week! 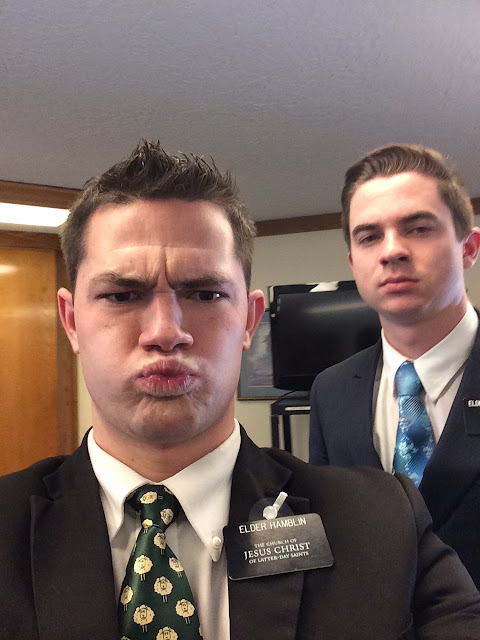 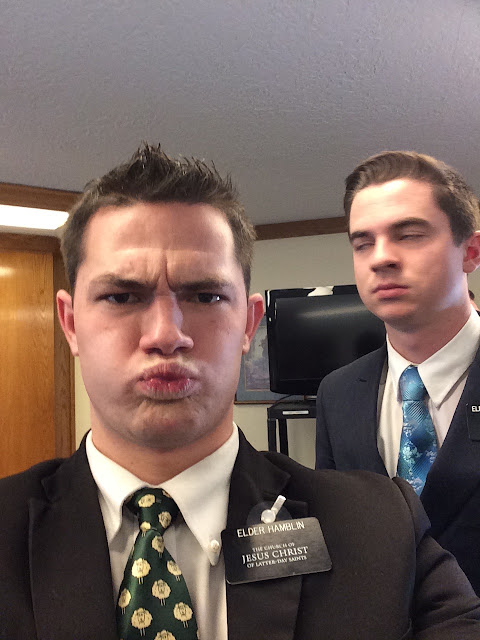 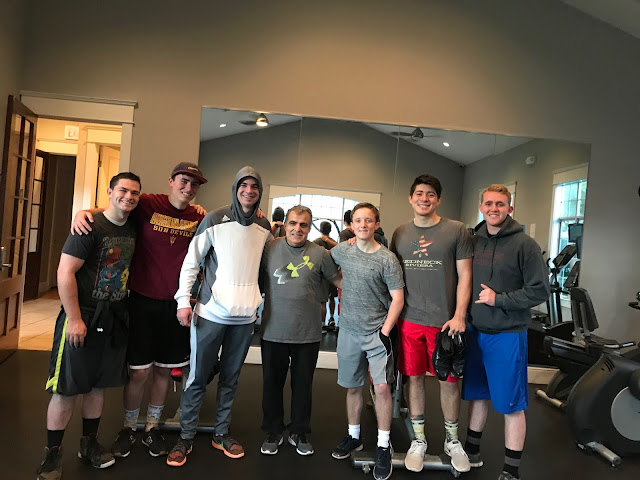 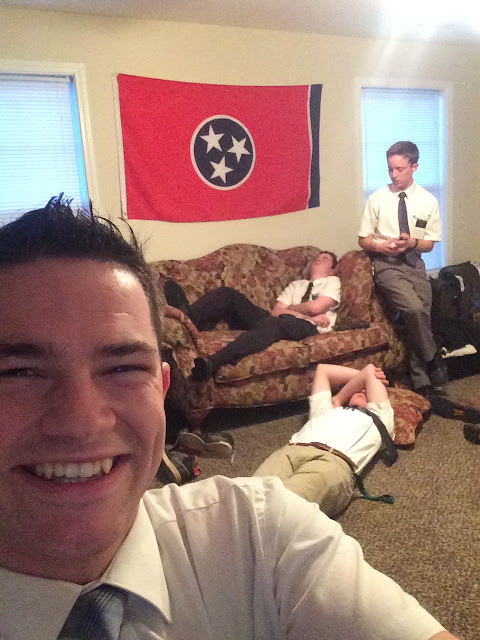 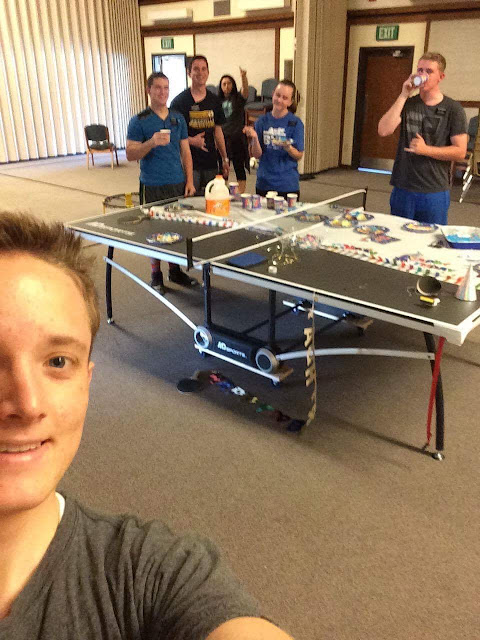 Posted by Rob Williams at 4:12 PM No comments:

This week was good. It’s been refreshing to have the elders living with us, it has brought a new energy here. I’m really excited to get out and find. This week we’ve seen a little progress with Amy and Edgar Sanchez. We hadn’t had contact with them for a few weeks and so we decided to just drop in on them. And we found out that Amy’s phone hadn’t been working for the past week and so she wasn’t ignoring our texts, they just wouldn’t come through. So we came back the next day and read in the Book of Mormon with her. She really likes it and she tells us she is so peaceful every time she reads it. So we are just trying to figure out the best way to work with both of them, because they work opposite schedules. Then we also had some success with former contacting.
With the new area book, it actually reminds you of follow up dates with formers. So that caused us to go see Ninfa. At the beginning of the lesson it wasn’t sounding good. She basically stated her purpose as just wanting to hear the word of god and how she didn’t want to join a religion because it separates people. But then we asked her how she felt the first time she met with missionaries.  And she told us of how peaceful and happy she felt. And so we promised her that if she came to church that she would feel the same way. And she said she would come. Then yesterday she came and she loved it! She stayed for the first 2 hours, and had to leave for church. She mentioned how everything that was talked about is what we should be talking about for our children. But we are going to start working with her this week to see if she will progress.


I’ve been reading a lot in the Book of Mormon this week and I’m in the end of Helaman. My favorite part this week is how much I’ve noticed the love of god in his warnings to the nephites. He warns of the dangers that will come with being unrighteous and tells them that all they need to do is repent and he will bless them. And he warns them so much. It really stood out to me this week. It testified that prophets really are sent because God loves us and doesn’t want us to be punished. 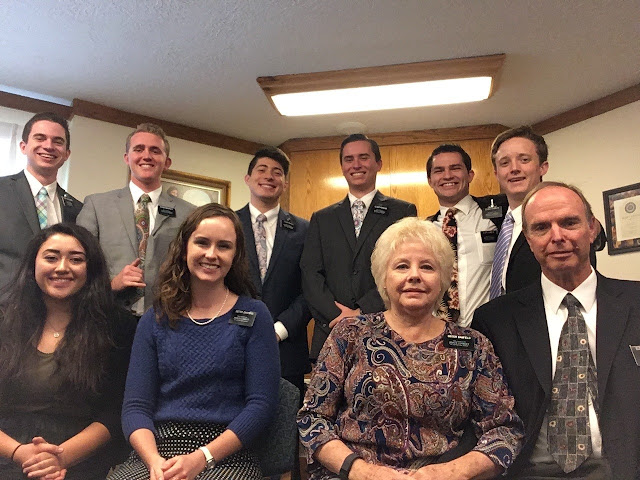 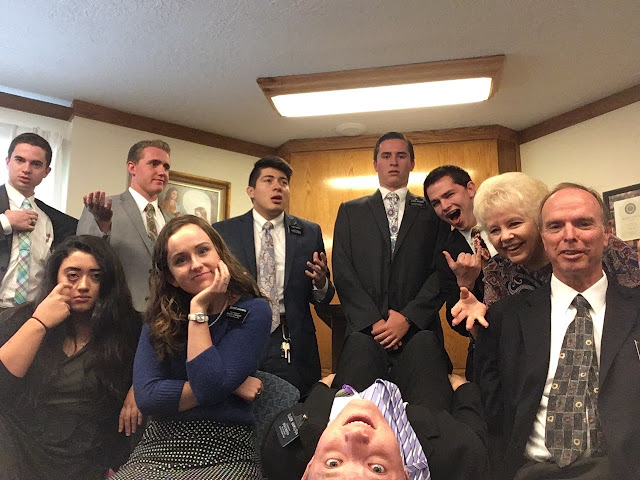 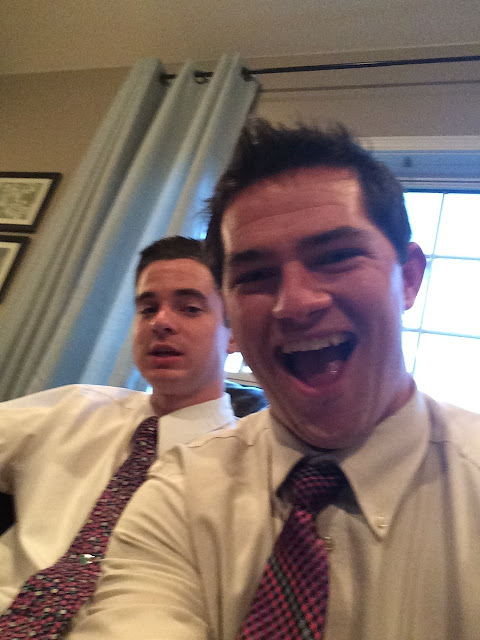 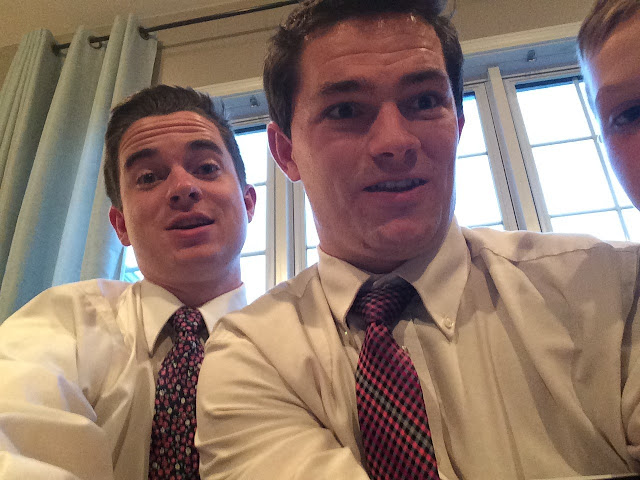 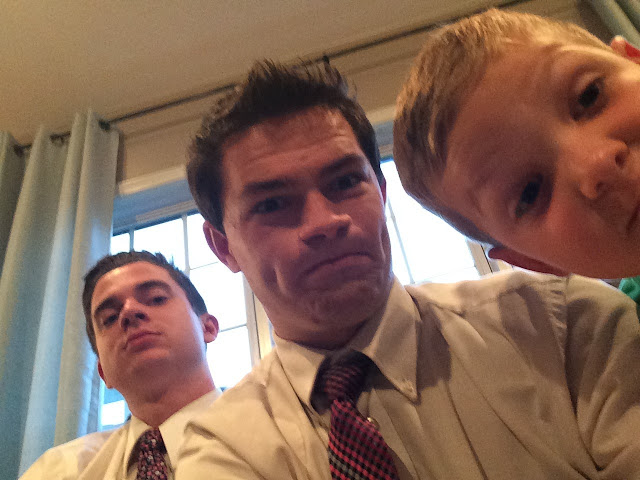 Posted by Rob Williams at 1:53 PM No comments:


So this week has been a great one. We were able to find a couple really solid people. One of them was a former that we have been trying to meet with for a few weeks. We finally caught her at home and were able to teach her. She explained how stressful life was right now and how she really needed a source of peace. She said the reason she stopped meeting with missionaries is because she didn't feel like they really cared what was happening to her, they just wanted her to get baptized already. So we shared Alma 7:10-16 with her and taught her the power of the book of Mormon and how it can be a source of peace and strength. She instantly invited us to come back and so we set a time for the next day. And we read from the book of Mormon with her and she told us she was going to read whatever we left with her with her husband at night so he can learn as well. She couldn't make it to church this week because of prior commitments, but she asked us to come by next Sunday so she could follow us to church. I'm super excited for her.


The best part of the week was definitely the temple. I sometimes forget just how much peace and guidance there is there. It's the best feeling in the world. It's a needed spiritual recharge every 6 months.


Have an amazing week!:)


🇺🇸Elder Williams🇲🇽
Posted by Rob Williams at 1:14 PM No comments:

The highlight has definitely been this weekend. It had been a super spiritually  packed weekend. First off, we had general conference, who doesn't love that. And then after the Saturday session we had Christian's baptism and confirmation. The best part was that his big sister was able to be there and we felt like she was really feeling he spirit and opening up more than before. We hope to see her baptized here soon as well. Elder mecham even interviewed her right after Christian and she was ready. But she said she didn't want to do it this weekend. So it's a work in progress, but there is progress.

We also have found/ been referred  a bunch of Venezuelan families this past week. Two were from the zone leaders that they found while knocking doors and the other elder mecham and I found on exchanges. But they are all super awesome and we feel like they all have a really high potential to be baptized. For example, one family is already good friends with a member family and they have been to church before. Another asked us for the book of Mormon in Spanish because he wanted to read it but he only had one in English. They are the coolest, and their accents are my favorite as well. But yeah Bowling Green really is the promised land, haha

This transfer I've learned a lot of patience and humility. It hasn't been easy, but they are both definitely growing every day. And it's funny because I thought I was already a patient person before, so I didn't know how it could grow. But the lord real works in mysterious ways. And I've always known I could use a humility check, I was just dreading it. But I've learned that although it's hard, with prayer and the lord, you can do anything. 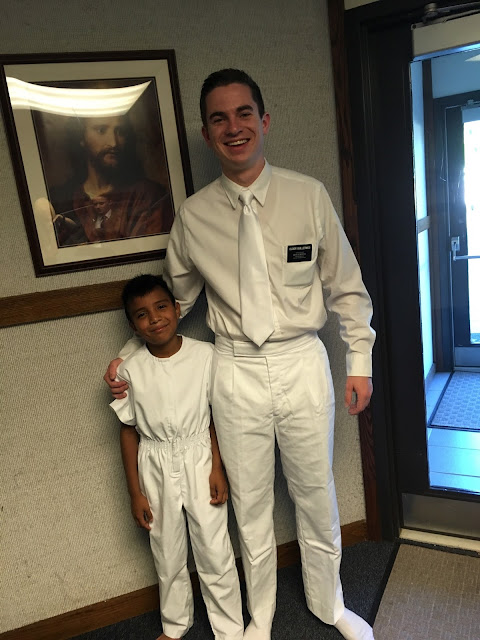 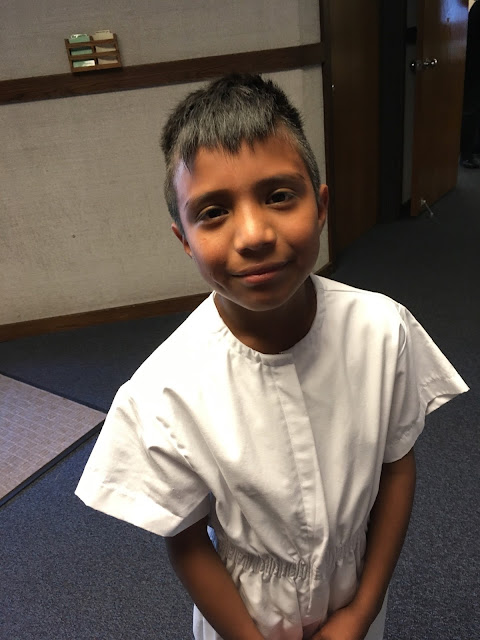 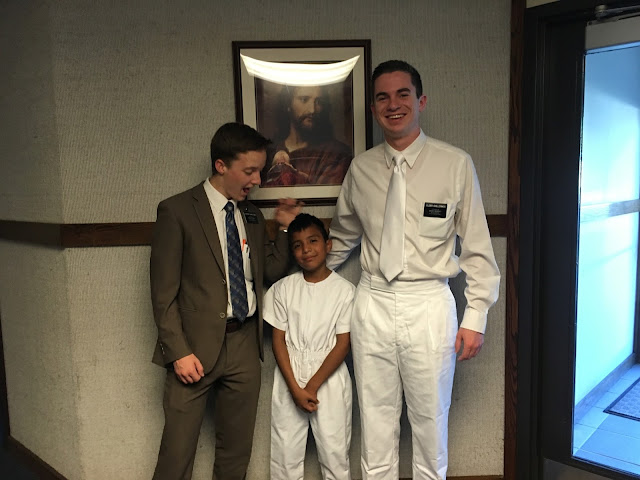 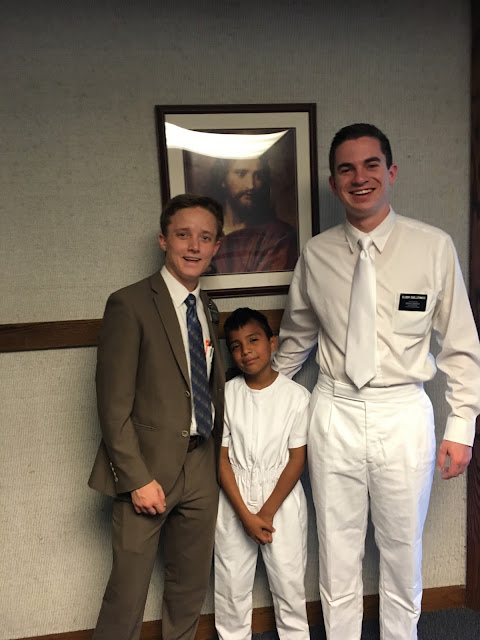 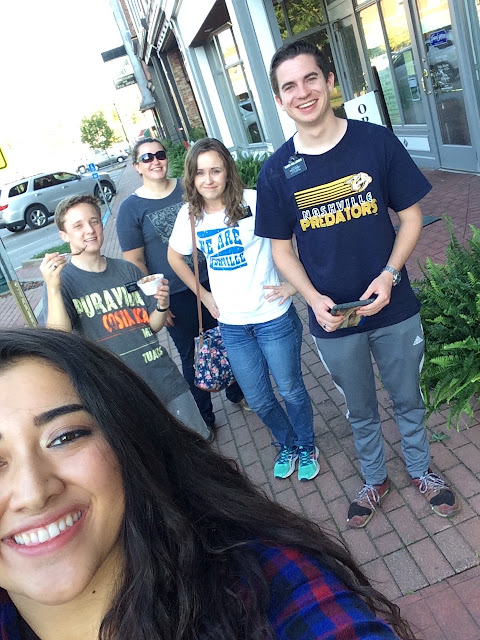 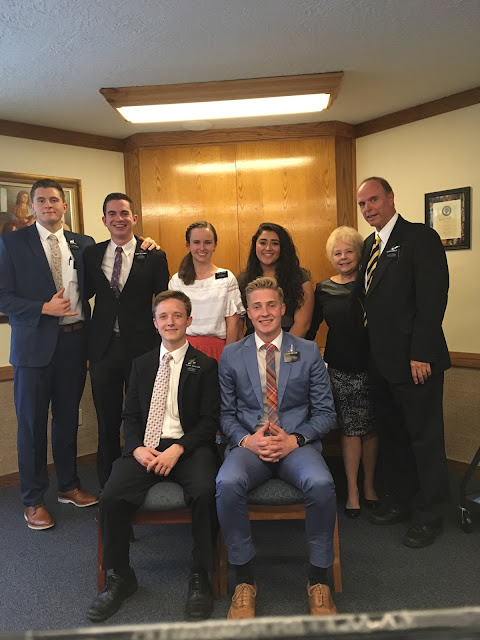 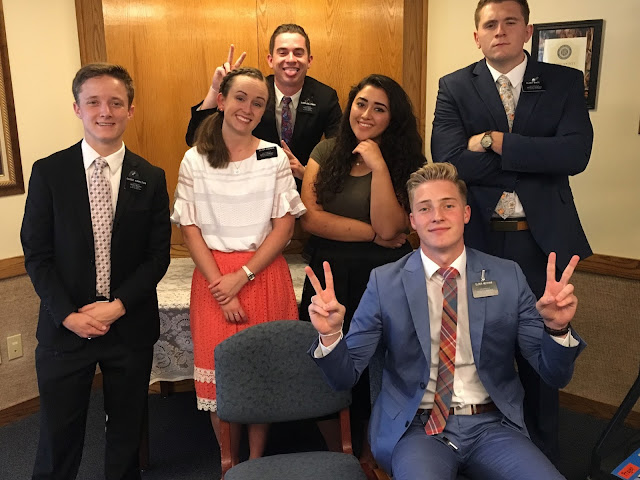 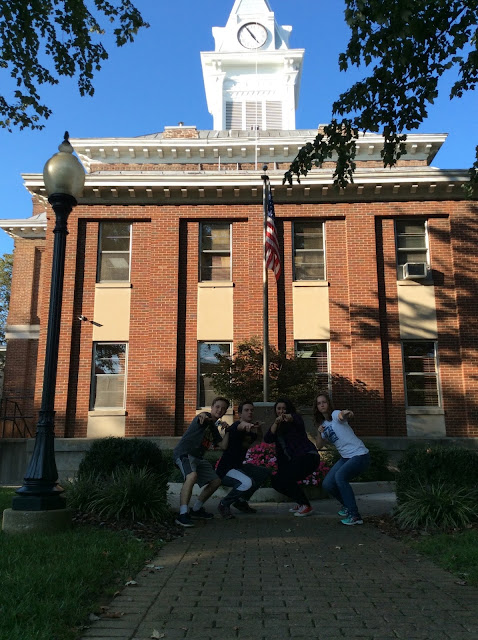 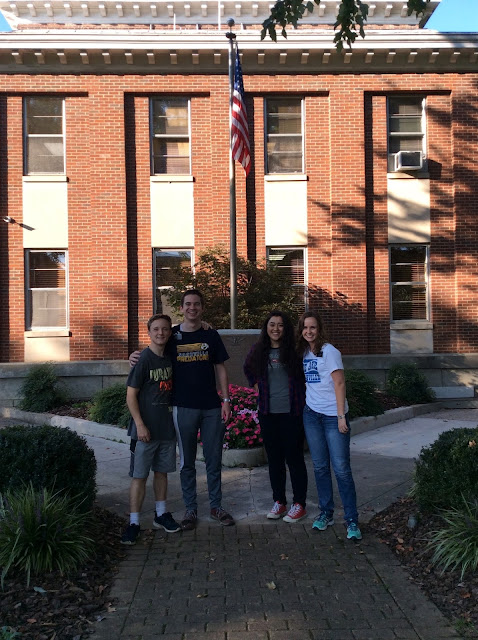 Posted by Rob Williams at 4:07 PM No comments: