This week was stock full. One miracle that happened was that Jose Aguilar and Yeimi came to church today! They even did it after canceling on our church tour yesterday. We thought for sure they wouldn't come because of that. But prayer really does work. My testimony of this grows more each day. Last night one of the only things I really prayed for was that they would feel the desire to come today. Because I know that they know this is all true. They were just waiting for the perfect opportunity. So I pleaded with the lord that he would make it that opportunity. And they loved it. We texted her a few hours after and she told us that she loved it. And that they would be returning next week. I'm so grateful that I can be here working and be able to see God's children taking small steps in the path back to him. We have high hopes for this family.

So Friday was a fun day. We got to meet up with uncle Dan for lunch, which was awesome. It was really nice to see a familiar face. And it didn't even trunk me out at all! Haha. But it did make me really realize that I've almost been out a year and it really doesn't feel like it's been that long. And that I only have just over a year left. It reminded me of how short this time here really is and how I've got to make the most of it.

Everything else wasn't out of the ordinary. We spent a lot of our time finding and talking with everyone. And it's been working out really well. We have been really busy going around teaching a bunch of new investigators. Elder black asked me if we were forcing people to meet with us again, because it seemed like no one was saying no. But the majority of the people we found was actually there at the return appointment and they had actually read most of the pamphlet. It was a really cool thing to see. All the lord asks us to do is put our faith in him and go to work and he will do the rest. And he really does! I love what I'm doing and I am so glad to have the opportunity to serve the Hispanic population of Nashville. 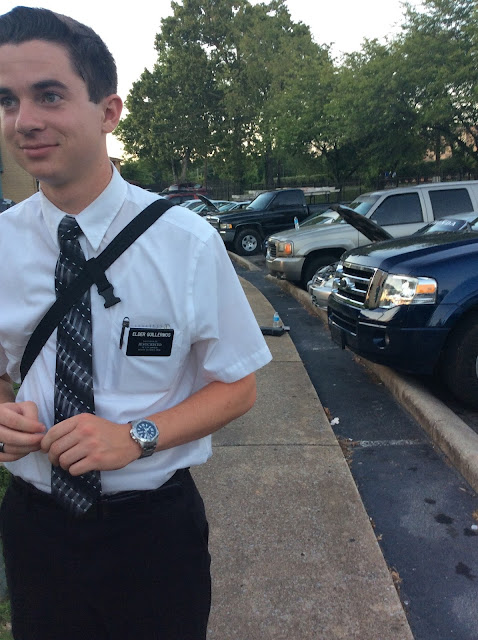 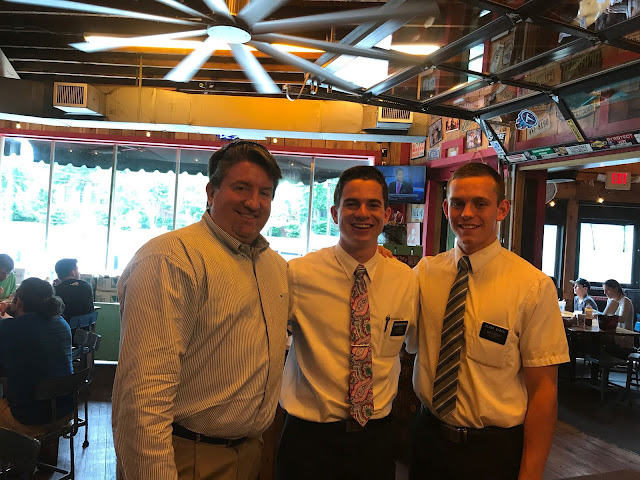 Posted by Rob Williams at 2:34 PM No comments:


This week was another great one. We had the opportunity to go on exchanges with the zone leaders and I went with Elder Webster. It was just like the good old days in Buena Vista! I learned a lot from him, he was really good at talking with everyone and not having fear about it. It lead to a few conversations that weren't the most productive thing, but the majority of the time we were able to find some new people to teach. And one of them actually was from my area, so we got his address and we will be passing by this week.


I also had the chance to give a talk in sacrament today. I was asked to give a talk on missionary work, and it was perfect timing. Because this last Friday we had zone conference, during which we had the opportunity to hear from our stake president so he could tell us what he wanted us to work on with the stake. I was able to relay some of the things that he hopped for of the stake. The main thing was praying to set a date to have a lesson with someone in their home with the missionaries. And we are already seeing the blessings from it. The family we had dinner with yesterday was asking about how they should go about doing it, and we helped them figure it out. They told us that they already had some people in mind! It was awesome. I'm excited to continue working with all the members here in Providence to set dates as well.


All of our investigators this week showed a little bit of progress. One of them, Flor, really opened up to us. She told us a lot about her background and why she is looking for God. One question she asked is "and what if I feel like I'm losing my faith" She really wanted to know how she could save it. Then at the end of the lesson, we did another Baptismal invite, and she said yes, but also said she would have to get divorced and remarried first. She told us exactly what she needed to repent of without us even teaching about it. It was a nice change. Haha. We have a lot of hopes for her. We hope to set a Baptismal date with her today during our lesson.


That's about it for this week, love you all!
🇺🇸Elder Williams🇲🇽 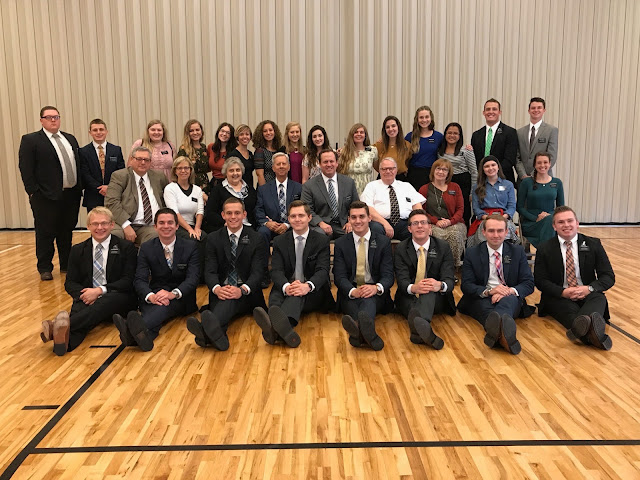 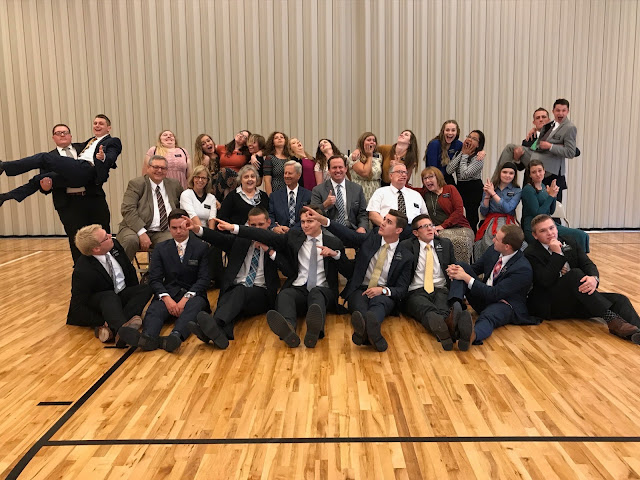 Posted by Rob Williams at 2:22 PM No comments:


This week was just awesome. Time seems to be just flying, it feels like just yesterday was Tuesday.


The highlight of this week was definitely Miguel getting baptized. It was a really special experience for me. He asked me to baptize him, and the spirit was super strong. I could tell his mom felt it too. The next day they both came to all three hours of sacrament and one of the counselors in the bishopbric confirmed him a member. I'm so thankful for the opportunity I had to teach him and watch his testimony grow. It was definitely the best birthday I've ever had.


The rest of the week we worked with the solid investigators that we have. The main one is Jaime Martinez. She has a Baptismal date for the 15th of July. The only thing holding her back is coming to church. She's waiting for the perfect opportunity to come and she thinks she has to be perfect before she can come. So we really need to focus on church attendance and also getting more members ovsr to her to feel more comfortable.


The rest of the time was either first lessons with different investigators or knocking door. So a really fun week, but not much to talk about:)


I feel like my first district meeting this week went well. We talked about opening our mouths and read some sections of d and c about it. Then elder black lead a discussion about developing charity to help us have less fear and want to talk to more people.


Im loving it out here and in excited to see what the lord has in store for me here in Providence D! 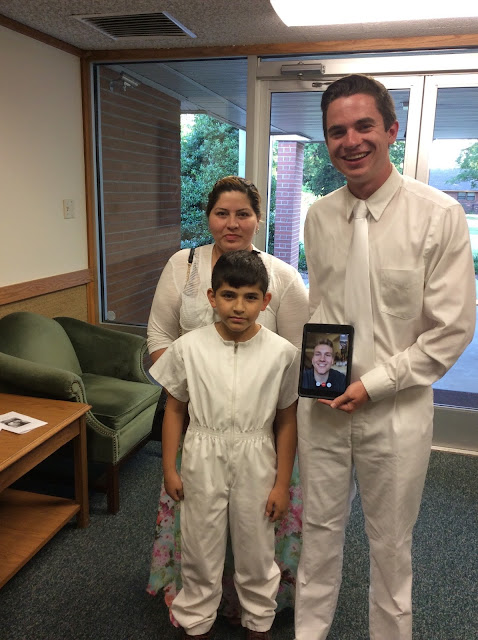 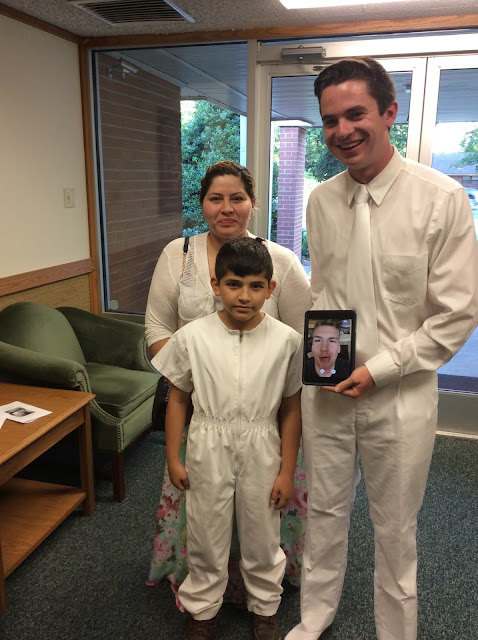 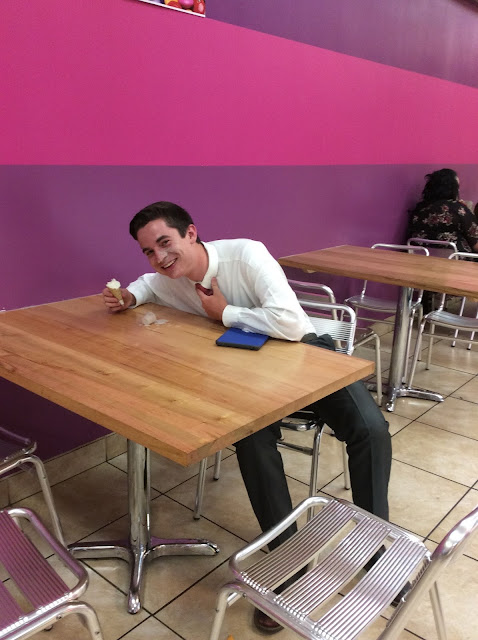 Posted by Rob Williams at 9:28 PM No comments:

Note from the Editor (His Dad)

This Saturday (6/10) is Elder Williams Birthday.  If you would like to email him something on that day I would appreciate it.  His email is williams.charles@myldsmail.net.

Well we got transfer calls this week. They are bringing hermanas here to our area, so I'll be moving. And I'm heading to Providence D! Haha, it was a bit of a surprise to me. So I'll be in the same ward, just in a different area. I'm super excited. I'll also be serving as the district leader here. I'm excited to see what lessons has lord has prepared for me with this position. My companion is elder black. Who's going home this transfer. Hence the subject line (The Grim Reaper). After this transfer, all 4 of the companions I have had will be home. That's going to be weird! Also elder Webster is still in the same district as me, so I will have served in the same district/companions with him for 6/7 transfers. But yeah I'm just super happy to be staying here in Nashville. My new area covers downtown and it's also the largest area of the ward.

This week was awesome! First off, this upcoming Saturday, Miguel is going to be baptized! It's going to be the best birthday ever! I can't wait:) this week we have been focusing on preparing Miguel to be baptized, he is so awesome. He keeps saying that he wants to be a missionary when he grows up and it just makes me smile every time.


Carmen and Miguel came to stake conference yesterday, which was awesome! They loved it. They got lost on the way there, but they eventually made it.


Not much else happened this week, other than knocking doors. So I'll share a story that I really liked from stake conference.


A little girl came home from school one day, complaining to her mom about how tough school was and how it seemed like she had no friends.


After her mom heard what she had to say, she took her daughter to their kitchen. She took out three pans and filled them with water. In one pan she put carrots, in another she put an egg, and in the last she put peppermint leaves. She then put them on the stove and waited for them to boil. After a few minutes she took them all and put them in separate bowls. The daughter was confused and asked what the lesson was that her mom was trying to teach her. Her mom told her to come close and feel the carrots. She did and felt how they were soft and mushy. Then she had her crack open the egg. The daughter found a hard, sold egg. Then she had the daughter take a sip of the peppermint tea, and after the daughter tried it, she just smiled. The daughter still didn't get it though. Then the mom explained. The water represents our situation or adversity. All three things went through the same situation. But they all reacted differently. The carrots went in solid and firm in their faith, but the second hard times came, they became soft. The egg went into it with a soft heart. But because of adversity, hardened itself and closed itself off from the world. But the peppermint leaves were different. They changed the situation. They took something that was hard and made something great and beautiful out of it. Something that can brighten another's day.


Now the question is, which one will you be? It is my hope that we can all be like the peppermint leaves. Having faith in Christ has never promised us that hard times will not come. It's almost the opposite. Hard times will come! But they are for a grand purpose if we react to them right. They are the refiners fire that is going to make us into the men and women that our Heavenly Father hopes each of us can become. We just have to put our faith in him and not turn inwards.


I love you all and want the best for each of you. I hope y'all have a great week! 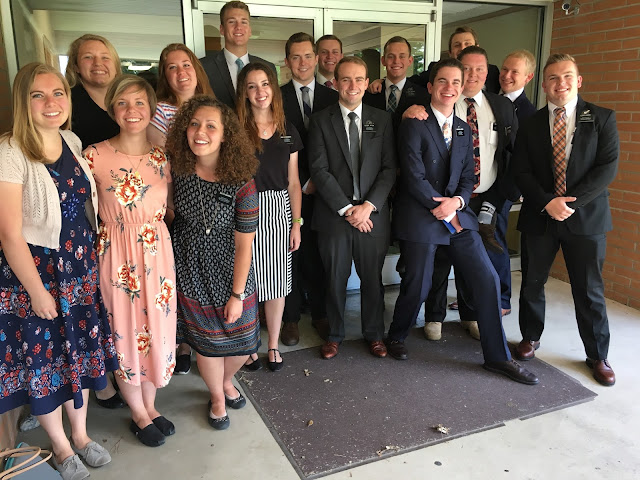 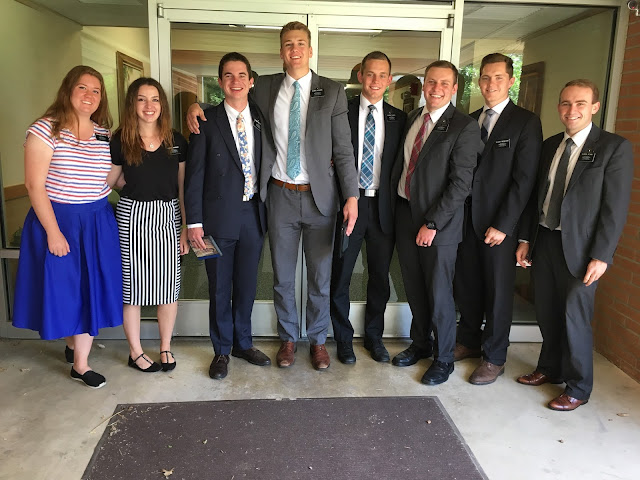 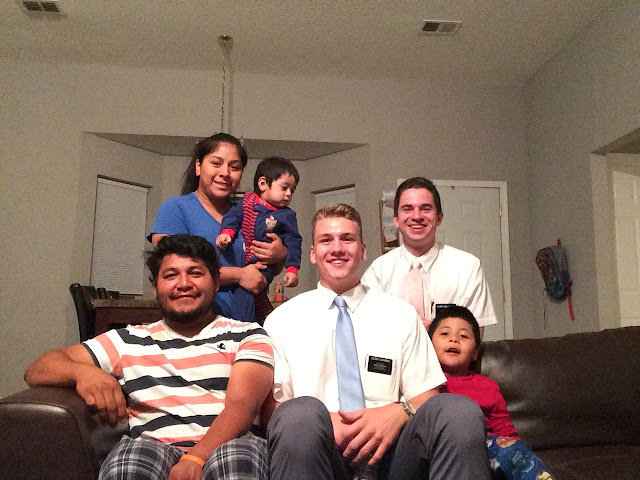 Posted by Rob Williams at 1:58 PM No comments: